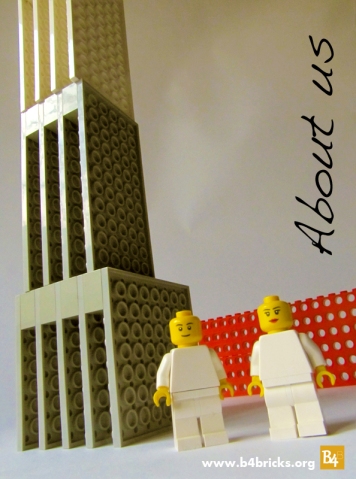 B4Bricks.org is a group of professionals and researchers who use LEGO ® SERIOUS PLAY ® method and propose and its application in different fields and branch of knowledge. Team leader are Patrizia Bertini and Carlo Bughi.

B4Bricks.org has made several experiments in various field, including the adoption of LEGO ® SERIOUS PLAY ® method with undergraduate students of the Department of Architecture, University of Ferrara, Italy.

Overcoming language, cultural, age, gender and disciplinary differences to share  and deal innovation strategies is both an etical choice and strategical one for economics. For thi reason B4Bricks.org, together DIAPReM Centre – Department of Architecture, University of Ferrara, Tekehub,  High Tecnology Network of the Emilia Romagna and Consorzio Ferrara Ricerche, presented at Restauro 2013 B4B a communication project to discover the method through the voice of those who invented it and the many stories of those who employed the method successfully and to propose LEGO ® SERIOUS PLAY ® to Companies, Research Centres, Professionals, Organisations, Education. 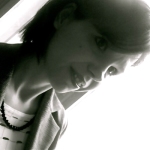 She obtained her MSc in Sociolinguistics (1999) from the University of Pavia (Italy) and attended spcialisation courses at University of California San Diego (2001). Her professional path has begun in 2000, when she immediately started dealing with usability and HCI. She has worked for almost 10 years in the e-accessibility and usability field as a freelance consultant, especially in the Finance and CA sector. She worked as a researcher at ITTK in Budapest (Hungary) where her focus was on DTT business models and the use of TV-based technologies to overcome the digital divide. Since 2006 she is an expert and evaluator at the EC (DG INFSO) for FP6, FP7 and CIP-PSP proposals in the area of e-inclusion.
In 2009 she joined the London School of Economics and worked at the Encore project, which aimed at developing a digital platform to manage personal data consent and revocation. At the same time, she works on researches in the field of Privacy and Data Quality, running focus groups with large organisations in the UK. From her experience as a consultant and from the outcomes of the focus groups, she builds a clear understanding regarding the communication difficulties that organisations face, which has necessarily consequences on the organisation’s dynamics and outcomes. In 2009 the fatal meeting with LEGO SERIOUS PLAY: Patrizia gets immediately in touch wit Robert Rasmussen, who will guide and inspire her in this new research path. And in 2011, with Robert Rasmussen, Patrizia obtains her LEGO SERIOUS PLAY facilitator certification and starts her experiments. The combination of her passion for journalism to LEGO SERIOUS PLAY gives birth to LEGOVIEWS, an original interviewing method applied to various social, political and cultural contexts (Israel, Palestine, Occupy LSX…). Later, in 2012, she applies the method with a maieutic approach to students from the department of Architecture of the University of Ferrara. In 2012 she starts working with the ESC Rennes on new research ideas that combine embodied cognition, creativity, collective intelligence and LEGO SERIOUS PLAY.

A detailed profile and a list of her publications are available on LinkedIn and at Patriziabertini.com. All Patrizia’s experiences concerning the LEGO SERIOUS PLAY and her reflection are available on www.Legoviews.com. 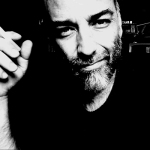 Architect, lecturer at the Department of Architecture – University of Ferrara.

He obtains his MSc in Architecture in 2001  from the University of Firenze and begins his professional activity in Bologna (Italy). His interest in teams’ and groups’ dynamics originates from the participated design experiences he took part to in 2006 – Via Larga Lab – and then in 2009 with the E/cohausing group.
In 2007 he is invited to join the University of Ferrara and became lecturer at the DIAPReM  centre and then at TekneHub, one of the Labs of the Technology hubs belonging to the Emilia-Romagna High Technology Network, a leading regional programme for knowledge transfer and innovation. The core topic of his lectures and research activities, is BIM (Building Information Modeling), an approach which relies on the assumption that working teams are consistent and sound. In behalf of Consorzio Ferrara Ricerche, he manages and coordinates several projects with Nemetschek Italia, EPSON Italia, Consorzio Stile 21, L’Invisibile by Portarredo, whose goal is the technology transfer between University/Professionals/Industry. In 2012 he becomes communication and education consultant at MAK Building and Stora Enso and has became BIM chief editor at Paesaggio Urbano, an international journal on Architecture.
In 2013 ASTER invites him to join a working group to define proposals and strategies for the cultural and creative industry for the Emilia Romagna Region.
His wide and diverse experience lead him to the conviction that goals can only be successfully achieved if the team and the relationship among participants are sound. For this reason, while he develops e-learning projects to support knowledge transfer (Faftram and Daelearning for the University of Ferrara), he still questions the team management impact. His questions find an answer when he meets the LEGO SERIOUS PLAY method and when Patrizia Bertini run 3 workshops with students to enahnce their learning experience. That experience has led to the B4bricks concept, which has been presented at Restauro 2013, and then the idea to create a professional service based on LEGO SERIOUS PLAY to support organisation and their projects.

This entry was posted on May 6, 2013, 9:03 am and is filed under Uncategorized. You can follow any responses to this entry through RSS 2.0. Responses are currently closed, but you can trackback from your own site.